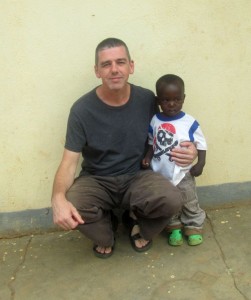 Can you can imagine an area the size of County Cork, without any tarmac roads, with only one small town right in the middle of the county. And over a hundred villages spread over mountains and vales, some of them over 80km from the main town, about four hours journey by four-wheel drive. With no electricity in most of the villages, no running water anywhere, no postal system, no landlines but optic cable cell-phone communication expanding rapidly to cover the whole area. Where most of the people go barefoot to work in the fields, to pray in their church and to buy and sell in their markets. Where they speak a Bantu language called Chichewa, and most of them can’t speak a word of the official Mozambican language, Portuguese! Where a third of the population are fervent practising Catholics, even though they had no priest with them for over thirty years! If you can imagine this, then you can begin to imagine the area we live in and serve, here in Furancungo, in Mozambique.

It may seem daunting, but there is a bright side to the picture. The landscapes are wonderful, majestic mountains, lush valleys, stunning sunrises and sunsets. Pure crystal water is to be found in the wells. A pleasant climate, warm during the day, cool at night. Maize, beans, peanuts, and mangoes, sugarcane, pumpkins, tomatoes, sweet potatoes, tobacco, all grow in abundance in the rich soil. The people are warm and welcoming, they dress in bright, colourful clothes, they have a sense of humour, they love to sing, to dance, to play the drums, at Mass, at weddings, birthdays, baptisms, whenever they find an excuse. They live happily in monastic simplicity.

This is where we are settling into in the Redemptorist Mission to Mozambique and Malawi. Fr John Bermingham and myself arrived here to start the mission in May, 2012. Next came Brother Hélio from Brazil. We were joined by Fr. Michael Dempsey last September. Next week the fifth confrere arrives, Fr José Carlos, recently ordained, from the Fortaleza Vice-Province. When the sixth man, Fr Derek Ryan, comes, we hope to move into Malawi, just down the road 130kms to start a mission among the Chichewa speaking people there too. This Chichewa language is spoken by about 18 million people, one people carved up by the colonizers into five modern countries: Malawi, Zimbabwe, Zambia, Tanzania and Mozambique. They tell me also there are over one million Chichewa speakers in South Africa, migrants in search of work. So part of the thinking behind the mission, is that whoever comes will have to learn only one African language. One is quite a challenge. In parts of the country here the priest will say Mass in three different African languages over the week-end! 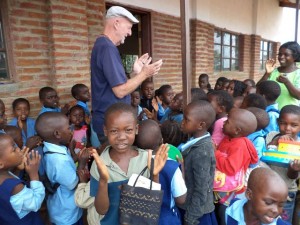 Why are we here? The people suffered deeply during thirty years of war. Roads, bridges, schools, buildings, churches, were destroyed. The priests they had here were arrested, jailed or deported, either by the Portuguese or the Revolutionary Government that took over. For years the people pleaded for and prayed for missionaries to walk among them. The diocese of Tete, has no hope of supplying this need for a good few years. So we were invited to come and serve this most abandoned area: to celebrate the Eucharist with them, to baptize their children and the many adult catechumens, to hear their confessions, all of which we happily do. They want formation, they want to study the Bible, deepen their understanding of the Christian faith, build their chapels in the villages and get a decent church here in the parish centre, Furancungo. They want us to visit the sick and bring them the comfort of the sacraments, to bless their children who at times are so afraid of witches and magicians that they can’t sleep at night, to pray over and bless many tormented people and give them hope and healing. The world of magic is very strong here. Recently on St Patrick’s Day I prayed St Patrick’s Lorica with special fervour when I came to this part:

I summon all these powers to protect me -
Against every cruel and wicked powers that stand against me
Body and soul,
Against false prophet’s wild words
Against dark ways of heretics
Against magic and idolatry,
Against spells of smiths, witches and wizards,
Against every false lore that snares body and soul.
Christ protect me today against poison, against burning, against drowning, against wounding,
So that I may come to enjoy rich reward…

So you too, keep us in your thoughts and prayers also, please, that we may journey with our people in joy, hope, respect and compassion.

Message from our Superior General, Fr. Michael, for Lent 07 Mar 2019